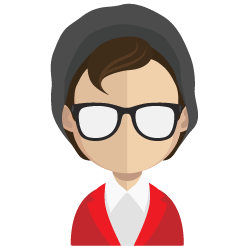 Some Thoughts On Daytime Running Lights And DRL Regulations

Daytime running lights, sometimes referred to as DRLs, are safety features that come standard on many new car models. DRLs are believed to make vehicles safer by providing them with more visibility during the day. While it makes sense to drive cars with the headlamps on at night, most people don't think of needing their headlights during the day. Although they generally do not improve the driver's ability to see, they do make the vehicle easier for others to see, which is a factor in preventing multi-vehicle or vehicle-pedestrian collisions. Even in optimal driving conditions, vehicles often blend into their surroundings and make it difficult for pedestrians and other drivers to see them. Open areas such as highways and rural roads are very low-contrast, and many vehicle colors are hard to distinguish from the background. Twenty-first century engine technology and exhaust emission laws have made cars quieter than ever, so it is harder to hear vehicles coming. Making them more visible with DRLs helps make other drivers more aware of their presence. When drivers are able to stop, or even to simply reduce speed, they can avoid accidents altogether. Even a reduction of 5 to 10 miles per hour can reduce the severity of a crash. It can make the difference between fatal and non-fatal accidents, or between fender-benders and totaled cars. Using DRLs as a safety measure is similar to the principle behind motorcyclists using headlamps during the day. Because motorcycles are smaller and are therefore more difficult to see, daytime running lights help them stand out better against pavement and scenery. In many states, drivers of cars and trucks are required to turn on the headlights whenever the windshield wipers are engaged. This is because wipers are generally used in rain or snow when the environment is darker and visibility is reduced. The contrast of the DRLs makes oncoming vehicles easier to spot. There are many times when visibility is reduced, even in the absence of snow, rain or fog. Dawn and twilight are perfect examples of when vehicles are harder to see. When the sun is low, there is very little contrast between the road and the surroundings, which makes objects on the road harder to identify. A luminous DRL provides the necessary contrast to let drivers and pedestrians know when another vehicle is nearby. Using regular headlights or led fog lights can be helpful in inclement weather, but may not always enhance safety in bright sunlight. The luminosity of regular headlights can create a glare that can be as dangerous as no lights at all, and they can also reduce the visibility of turn signals. Proper DRLs are slightly dimmer than regular headlamps. Some lights are connected to the headlights but operate at a reduced voltage to eliminate the glare. Others are connected to the turn signals, operating as running lights but flashing when the turn signal is engaged. Worldwide, DRL regulations play an important part in traffic safety and accident prevention. Some countries that are far from the equator have DRL regulations that ensure all vehicles have daytime running lights. At certain times of the year, the environment is relatively dark during daylight hours and lights are a necessity. In the United States, DRLs are not required, but many vehicles come equipped with them as a safety feature. Canada has required new cars to have DRLs for decades. However, it is important to note that the environment in northern Canada is vastly different from the driving environment in the southern United States. So far, it has been difficult to come up with the perfect blend of luminosity and visibility that will work perfectly in all areas of the world or even one continent. In addition, the brightness of the lights affects the vehicle's fuel consumption. Perhaps the DRLs that are currently in development will be the answer to fewer accidents and fuel conservation all in one. For more information, contact V LEDs.